– Committee for Monetary and Economic Reform (COMER) Sues the Bank of Canada. Canadians Fight to Restore their “National Public Bank”:

On October 14, the Canadian Court of Appeals heard another attempt from the Crown (representing the Bank of Canada) to dismiss a case against it–a case that argues the Bank has retreated from its mandate to operate as a public bank. The Canadian government is now repeating arguments it has already made concerning justiciability, and is throwing in some other procedural objections. The plaintiffs are confident that this will be the last round of procedural appeals, and that the case will actually go to trial.

In some ways, this was the Don Quixote of court cases: a small group of individuals, and a small economic think tank known as the Committee on Monetary and Economic Reform sued the Bank of Canada, a national entity under the juridsiction of the Crown, for abandoning its original mandate to be a public bank. Bank of Canada did this in 1974, and since then, has functioned largely as a middleman to funnel public money into the hands of international private banks, and to arrange loans from those private entities for the financing of Canadian needs. The money lost in interest (since B of C, functioning as a public bank, would have lent at low interest and subsequently collected the interest back itself) has been in excess of a trillion dollars.

As I wrote several months ago on the heels of an earlier procedural win for the plaintiffs:

The plaintiffs alleged that the Bank of Canada “is the only central bank among the G-8 countries that is a ‘public’ bank created by statute and accountable to the legislative and executive branches of Government.” They also argued that the bank’s secretive dealings and particular accounting practices further undermine the ability of the government to meet its constitutional obligations to provide economic security to the Canadian people.

1.The Bank and Crown refuse to provide interest free loans for capital expenditures;2.The Crown uses flawed accounting methods in describing public finances, which provides the rational for refusing to grant interest-free loans, and3.These and other harms are caused by the Bank being controlled by private foreign interests.

The case is still in its typically long procedural motion stage, but that stage is coming to a close now. The plaintiffs have won some solid victories, including the declaration of public standing (which allows a plaintiff to assert a “genuine interest” in a policy question even if they are not personally affected by the policy, a legal status not allowed in the U.S.) and the ability to amend their claim to make it stronger. 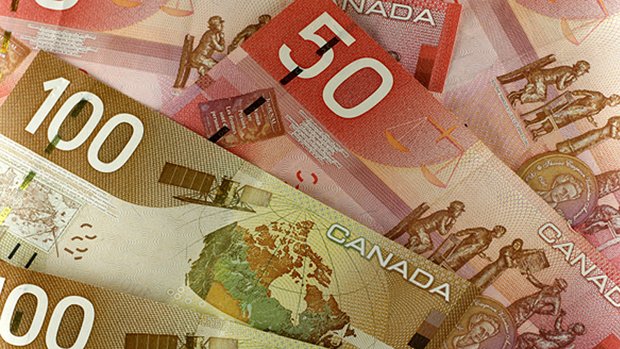 An interview with plaintiff’s attorney and well-known populist lawyer Rocco Galati immediately following the October 14 hearing was posted at Max Resistance. Galati seems calm and confident during the video.  ”After the federal court of appeals decision,” Galati said,

“the government tried an abusive second stab at striking the whole claim, largely on the same basis that they lost in 2013 and 2014 in the federal court of appeal. And they also tried to strike the new, amended portion, which they had a right to try to do. Basically it was another motion to strike and the judges reserved and we’ll see what happens from here.”

The Crown hopes that people will lose energy and momentum, Galati said. But “the plaintiffs here are not walking away.”

Someone then asked: “Why should Canadians care about this?”

Galati also answered a time frame question–how long will this last if the case goes to trial? “If we get this onto trial,” he answered, “it would take a couple of years to finish.” Which sounds about right.