–This is the sixth installment in a series examining the activities and individuals behind the Bilderberg Group. Read the first part, second part, third part, fourth part, and fifth part in the series.

Participants at Bilderberg appreciate having a closed-door forum where they can speak openly and directly to one other – and of course, not to us. But perhaps we, the people, would also like to hear what they have to say. For the past four years, Bilderbergers have been running around the world preaching the gospel of “austerity” and “structural reform” – very important terms. If you don’t know what they mean, Bilderbergers are working their day jobs to make sure you will learn. 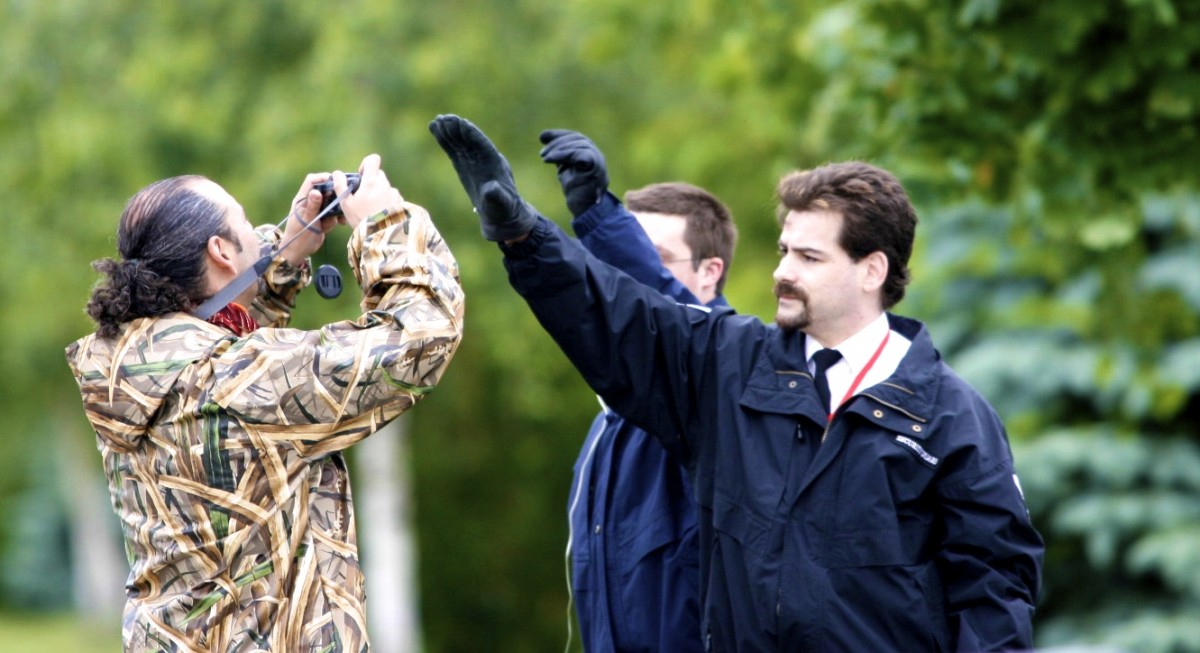 If you’ve been to Bilderberg, chances are you’re a fan of austerity: promoting it, demanding it, implementing it and profiting from it.

Austerity has several names and phrases, including “fiscal consolidation” and “balancing the budget.” There are so many things to call it – but in the end you know it’s austerity because the policies are the same and the effects of those policies are, too. There is a reason why political and technocratic language is made to sound so vague and dull: because behind the words lie brutal actions and devastating consequences. If we understood their true meaning, their use would very often be shocking and unacceptable. Instead, their use has become common and seemingly inconsequential.

Here, however, are the consequences:

Austerity is a set of policies which are, in theory, designed to help a nation or government reduce its “budget deficit,” balance its books and, in time, even produce a yearly “surplus,” or profit. Thus, “austerity measures” are designed to do one thing: cut spending on almost everything, except, of course, the really important things like military and police, subsidies to large banks and corporations, and debt repayments. Otherwise it’s like at a clearance sale for countries, where everything must go. This is how the story generally works:

A country is in the midst of a “fiscal crisis.” It must make a very large interest payment on a debt it owes to some very large banks. These banks individually control more wealth and assets than most of the countries they deal with. Collectively, the banks hold more wealth and assets than any other single group in the world, and they always want their pound of flesh. When a country needs money, banks are there to help. Then the country is in their debt, with regular interest payments at a premium. A country can borrow an enormous sum of money by doing this, and not just from banks but from an array of financial institutions.

Apart from direct loans, this money is often borrowed in a very specific way. A country is in need of financing its budget over the coming year, so it plans what is called a “bond sale.” Bonds are financial instruments (aka, numbers on screens) that represent government or corporate debt. Governments sell their bonds in the “open market,” and when a government sells its bonds, the buyers are typically other nations, banks, asset management firms, sovereign wealth funds, international organizations and rich people. These parties “purchase” the bond at a set price, providing cash which that government puts in its treasury or finance ministry. In return, the newly purchased bond is a promise of future profits. It comes with a set interest rate and agreed upon dates for future payments. The government gets to fund its budget and manage its ministries and policies, while the banks earn interest – and influence.

The arrangement suits both parties, so long as it keeps going forever. But of course, it doesn’t. Eventually, the country builds up a substantial overall debt. Its interest payments become much larger and more frequent. Its need to borrow becomes much greater, and in ever greater amounts. On top of managing its budget, the government now has to pay huge sums of money to the global financial cartel. If the government can’t fund its budget, provide services and pay employees, it’s a government that is likely to collapse. But if it doesn’t pay its interest to the banks, then the government will almost certainly collapse. This is because it has entered the world of global financial warfare.

If a nation looks like it’s facing such a situation (which we call a “fiscal crisis”), financial markets tend to lose confidence in that country’s ability to repay its debts, and the downward spiral proceeds. They now begin to see the country as a “risk,” and suddenly institutions like credit ratings agencies are downgrading the country’s rating, just like a credit card company downgrades your individual rating. There are only three ratings agencies that dominate almost the entire global market for rating credit, so when they declare a downgrade, it becomes the gospel. This means that once a country is officially a risk, the financial institutions that continue to purchase its bonds (ie. debt) can demand a much higher interest rate on future payments, since those institutions are taking a greater risk.

At this point, one of two things happens. Either financial markets continue to purchase the country’s bonds with higher interest rates, or they decide that the country is too much of a risk and they refuse to fund it further. If they continue funding, the country continues to make its payments, though it remains unable to fund its regular functions. The country is left in a perpetual fiscal crisis whereby the interest payments get larger and the crisis gets deeper. This continues until financial markets stop purchasing debt.

The country is now in a major crisis. This is when rich, powerful governments and international organizations come to the “rescue” with money to lend – specifically, the United States, Germany, Britain, France, Japan, the European Union and the International Monetary Fund (IMF). But their money comes with strict conditions. These conditions have been defined and demanded beforehand by the major banks and financial institutions, and by the plethora of economists, central banks and finance ministries that support them. These are the “experts” and technocrats of global economic governance.

Such conditions require a country to “fix the problem” that created its fiscal crisis. But the main problem facing countries, according to bankers, economists, technocrats and politicians, is that they spend far too much money on social services that benefit their populations. Therefore, in order for a country to be able to borrow, it must implement “correct” policies designed to balance its budget and restore public finances. These policies are collectively described as “austerity measures,” and the process of implementing them is frequently referred to as “fiscal consolidation.” Long story short: governments must cut spending.

This means that healthcare, education, pensions, welfare and social services must be drastically gutted, masses of public sector employees must be fired, and taxes must be increased. Thus, austerity creates a new class of unemployed, pushed into poverty and deprived of all the resources that are meant to help the poor and disadvantaged, let alone everyone else. The economy goes into a deep depression as people stop spending and businesses collapse, unemployment and poverty soar, suicide and mortality rates increase, and racial and ethnic conflicts erupt. All of this is done so that a country is able to get a large loan (sometimes called a national bailout) from institutions like the IMF, European Union and the central banks of powerful U.S., Japanese and European nations. This loan is provided in order to pay the interest the country owes to the global financial cartel.

Populations are impoverished and societies are devastated in order to pay interest to global banks. All of this happens as a result of numbers on screens. This is “austerity,” or “fiscal consolidation,” as we know it. 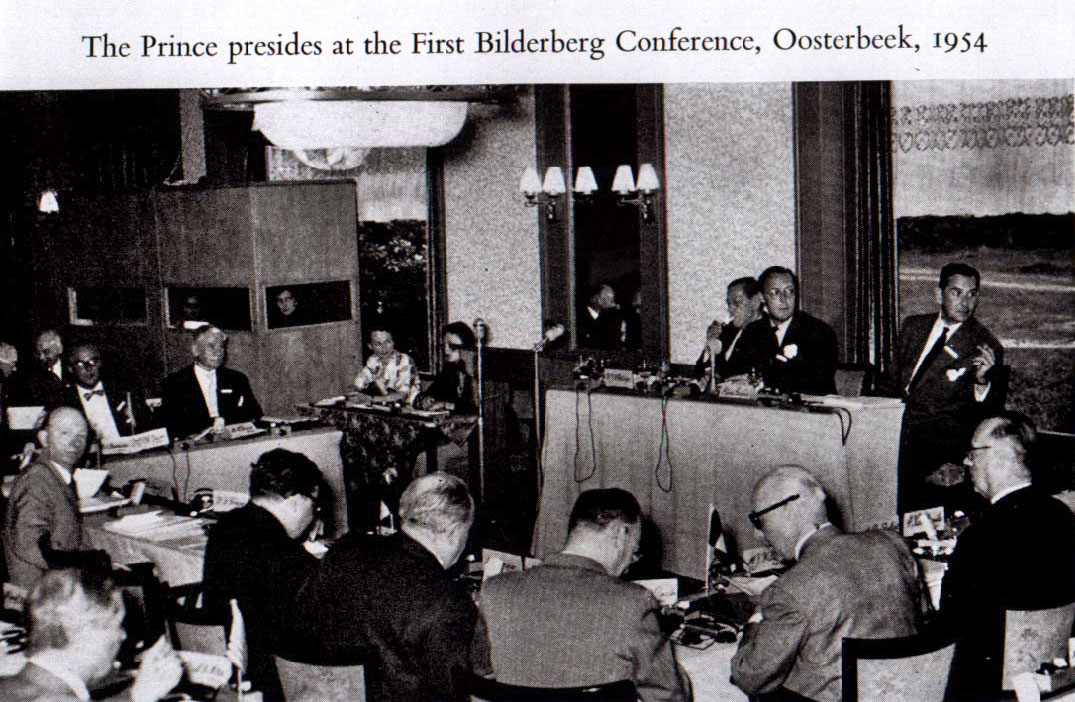 Either coupled with or following from austerity measures, lenders and bankers demand that the conditions of the loans include not only “necessary” austerity measures, but also important “structural reforms.” This bland term hides policies and objectives behind it that have the effect of radically altering the entire structure of the economy over a period of several years or even decades. These “reforms” will make the economy strong and “competitive” again, and bring the country out of its austerity-induced depression.

Typical structural reforms include privatizing all state-owned companies, assets and resources, which allow foreign companies, states and banks to purchase important national assets cheaply (and provide a short cash infusion in the process). Countries then have to further “liberalize” markets by reducing any and all government protections and regulations over specific sectors of the economy, allowing foreign banks and corporations to “compete” on an “even playing field.” This forces local and national industries, businesses and communities to compete against some of the largest transnational corporations in the world, many with more wealth and assets than their entire country is worth. As a result, foreign investors can afford to out-compete the local economy by providing cheaper products and services while maintaining global profits. Local businesses cannot compete, so they fail or are bought up. This often contributes to growing unemployment.

One of the key “structural reforms” demanded is “labor flexibility.” In countries with unions, workers rights, pensions and protections, where the labor force has institutional power, the labor market is often considered “rigid.” It does not bend to the wishes and demands of corporations and financial markets that want labor to be “flexible” to their demands. What do they demand? Cheap, exploitable labor. Implementing “labor flexibility” means it’s necessary to dismantle labor protections, regulations and benefits. Essentially, it’s a war on the working class.

“Structural reforms,” in essence, open up a nation, its resources and its population to be controlled, exploited and plundered by the world’s largest banks and corporations. These would be hard policies to sell if those who sold them spoke plainly. Instead, they describe a world in which nations need to “increase competitiveness” and implement the necessary “structural reforms” to create “economic growth.” The point is that it’s all so technical, you’re not supposed to understand it. But actually, it’s pretty simple. Which is why, every day, more and more of us are getting the message.