– Most of us reading this are no longer in denial, and once you have done the research and see the facts for yourself and the science and physics is laid out for you, you wonder how you could have ever believed the lies… but we’re not all there yet.

It can be really frustrating for us and we may want to yell, “How can an intelligent person like you believe that load of hooey the corrupt government is slinging?” Many of us know that discussing truths people are not ready to hear can result in some angry exchanges, resentment, and being ostracized. It’s hard being awake.

The Rethink 911 campaign has been successful in rousing a few people from their blissful reverie, but we still have a long way to go. 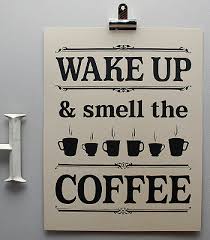 Denial is a very dangerous state to live in, because while all hell is breaking lose, our inner voice is saying, “it can’t be”. And the longer we are asleep, the more embarrassing it is when we wake up.

To refrain from saying, “I told you so” will be one of our biggest challenges, I think.  ~ BP

Seven psychologists plus author David Ray Griffin, Ph.D., provide insights on why so many people are in total denial regarding the truth about 9/11 despite “nine years of hard scientific evidence that disproves the government theory about what happened on September 11.” Trauma, fear, pride, and cognitive dissonance (information that contradicts beliefs about our worldview) are among the reasons given for why people can’t handle the truth about 9/11.

Below is a transcript of the key parts of the video:

Why are people resistant to looking at the hard evidence regarding 9/11?

At this point, we have nine years of hard scientific evidence that disproves the government theory about what happened on September 11.  Yet, people continue to be either oblivious to the fact that this information exists or completely resistant to looking at this information.  So, the question becomes: Why?

Why is it that people have so much trouble hearing this information? From my work, I think we would be remiss not to look at the impact of trauma…

As we know, the horrors of what happened on 9/11 were televised all over the world. They were televised, in fact, live.  We witnessed the deaths of almost 3,000 of our fellow Americans.  We know that this had a very severe and traumatic impact on a majority of the population.   I, myself, cried for weeks after September 11.

A friend of mine, who is a psychologist in practice here in Boulder, said that her case load increased tremendously after 9/11.  People who she had not seen in ten years were coming back into her practice.

So, I think it’s safe to say that collectively, as a nation, because of what happened on September 11, we experienced trauma. 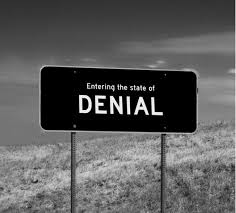 Why do people resist this information – the information that shows that the official story about 9/11 cannot be true?  What I’ve learned is that, as humans, each of us has a world view.  That worldview is usually formed, in great part, by the culture that we grow up in.

When we hear information that contradicts our worldview, social psychologists call the resulting insecurity cognitive dissonance. For example, with 9/11 we have one cognition, which is the official story of 9/11 – what our government told us, what our media repeated to us over and over – that 19 Muslims attacked us.

On the other hand, we have what scientists, researchers, architects, and engineers are now beginning to tell us, which is that there is evidence that shows that the official story cannot be true.  So now, we’ve lost our sense of security.  We are starting to feel vulnerable.  Now we’re confused.

Our Psychological Defenses Kick In When Our Beliefs Are Challenged

It’s Easier to Deny the Truth

America is a powerful nation.  It has never been attacked.  We were confident.  We felt secure.  And all of a sudden, that security collapsed.  People started to be fearful with all of the rumors, with all of the news.  People didn’t know what to think, which is a very, very uncomfortable state to be in.  Eventually, our mind shuts off.   Just like when a computer is overloaded, our minds get overloaded.  We can’t handle it anymore and we shut down. It’s easier to deny it and move on with our lives.

What some will tend to do is deny the evidence that is coming our way and stick to the original story, the official story.  We try to regain our equilibrium that way. Another thing that we can do is decide to look at the conflicting evidence and be sincere and open minded, and look at both sides of the issue.  And, then make up our own mind about what reality is.

About a week later, I read a lengthy article by professor Griffin about why he believes the official account of 9/11 cannot be true.  It was a very well researched article.  I was in my office at the time.  I sat there and felt my stomach churning. I thought that maybe I was going to be sick. And, I leaped out my chair and ran out the door and took a long walk around the block – around several blocks – and just broke down.

I understand now that my worldview about my government being in some way my protector, like a parent, had been dashed.  It was like being cast out into the wilderness. I think that is the closest way to describe that feeling.

I sobbed and I sobbed.  I felt that the ground had completely disappeared beneath my feet.  And, I knew at some point during the walk that at some point I was going to have to become active educating other people about this.  For me to retain any sense of integrity, I was going to have to take some action.  I couldn’t just let something like this go.

9/11 Truth Challenges Our Fundamental Beliefs About the World

Many people respond to these truths in a very deep way.  Some have a visceral reaction like that have been punched in the stomach.  To begin to accept the responsibility that the government was involved is like opening Pandora’s Box.  If you open the lid and peak in a little bit, it’s going to challenge some of your fundamental beliefs about the world. 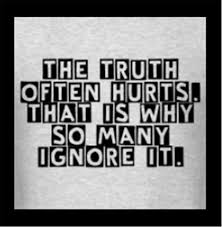 Following are some of those spontaneous initial reactions to hearing the contradictory evidence about 9/11:

I don’t want to know the truth or I will become too negative and psychologically go downhill.

I’m not sure that I want to know.  If this is true then up will be down and down will be up. My life will never be the same.

Fran, I refuse to believe that that many Americans can be that treasonous.  Someone would have talked.

Initial Reactions are Based on BELIEFS, NOT Scientific Facts

But these are BELIEFS.  They are NOT scientific fact.  But, these beliefs do KEEP US FROM LOOKING AT THE EMPIRICAL EVIDENCE.

You have empirical people who will simply say: look at the evidence and if it is convincing, I will change my mind.

And then there is a third type of person that we often call wishful thinkers.  I call it wishful and fearful thinking.  So, they simply will not believe something that they fear to be the truth.  And, I find that to be, maybe, the most powerful factor of people rejecting 9/11 truth and not even entertaining the evidence.

The Truth is Not Bearable

So, whenever we say “I refuse to believe”, we can be sure that the evidence that’s coming our way is not bearable and it is conflicting with our worldview much too much.

Denial protects people from this kind of anxiety.

A Common Emotion is Fear

When Presented with the Truth, Those in Denial Become Angry, Indignant, Offended,  and Ridicule the Messenger

So, how can we overcome this resistance in denial?  The first thing is to meet people where they are at.

One thing is that we need to raise people’s awareness about this – what I would call gentle dialogue and gentle questioning…  It doesn’t work to challenge people’s beliefs or immediately tell them “I know the truth about 9/11.”  A good way is to ask open ended questions that lead to open dialogue and discussion about it.

One of the ways to deal with the trauma is to find the answers.  That’s why I think it is of such importance to have a comprehensive investigation.

I believe that to become the type of country that we think we are, we have to face some of the things that are not as we think they are… Thinking that we are above such things – that it could happen in other countries, but it couldn’t happen here – that’s a lack of humility.  That’s excessive pride.  As, so not being able to see our dark side or our weaknesses is the most dangerous thing.

The observation that pride is one of the basic human flaws is absolutely correct.  This is especially true for Americans because we for a long time looked at other nations and said, “They are in such bad shape.  But, luckily we don’t have those problems.  We don’t have leaders that would do those things that were done in the Soviet Union, or done in Germany, or done in Japan… This is a type of pride that Americans have. 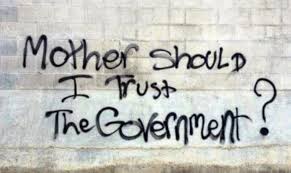 A feature of American history that makes particularly liable to this pride is this notion of exceptionalism – that America is the exceptional nation.  That began from the beginning as this country was formed.

People would say that there was so much evil in the European countries, so much cheating, so much lying, so much using the people for the ruler’s purposes.  But not in America! We have leaders who are free from those sins.  This has made 9/11 particularly difficult for Americans.

Everyone can make mistakes.  But, our ideals and our principles get us back on track.

9/11 is One of the Defining Issues of Our Time

This is one of the defining issues of our time.

So, we need to understand that questioning is patriotic.  Questioning is what we are supposed to do.  That’s our duty.

The Real Perpetrators Must be Held Accountable

When we come to the national level, when something like 9/11 happens, we need to be sure that we have a real investigation into who the perpetrators are.  And, then we need to make sure that those people are held legally accountable. It’s part of the healing process on an individual level and the collective level.