SM:…In Elon Musk’s infamous own words – “We will Coup Whoever We Want, Deal With It”. So like the latter day pirates of old, western State & business interests conspired to once again overthrow a populist non-compliant government — in this case, a progressive socio-political movement of indigenous descent. Lithium is today the grand new coveted ‘price’. This illusive fine white powder gives new meaning to the term “Bolivian Marching Powder”….

The overthrow of Evo Morales and the first lithium war

The world was used to oil wars since the end of the 19th century. Now the wars over lithium, a mineral that is essential for mobile phones, but above all for electric cars, are beginning. Foreign Office documents obtained by a British historian and journalist show that the UK engineered the overthrow of Bolivian president Evo Morales to steal the country’s lithium reserves. 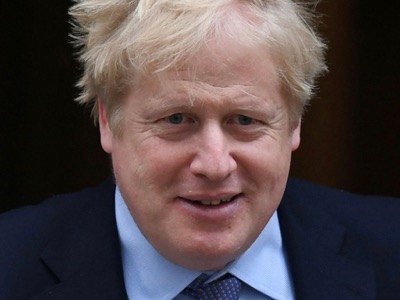 While you were watching him clown around, Boris Johnson oversaw the overthrow of President Morales in Bolivia, occupied the island of Socotra off the coast of Yemen, and organized Turkey’s victory over Armenia. You haven’t heard any discussion of this.

Remember the overthrow of Bolivian President Evo Morales in late 2019. At the time, the mainstream press claimed that he had turned his country into a dictatorship and had just been ousted by his people. The Organisation of American States (OAS) issued a report certifying that the elections had been rigged and that democracy was being restored.

However, President Morales, who feared he would end up like Chilean President Salvador Allende and had fled to Mexico, denounced a coup d’état organised to seize the country’s lithium reserves. But he failed to identify the principals and was met with nothing but sarcasm in the West. Only we revealed that the operation had been carried out by a community of Croatian Ustasha Catholics, present in the country in Santa Cruz since the end of the Second World War; a NATO stay-behind network [1].

A year later, President Morales’ party won new elections by a large majority [2]. There was no challenge and he was able to return triumphantly to his country [3]. His so-called dictatorship had never existed, while that of Jeanine Áñez had just been overthrown at the ballot box.

Historian Mark Curtis and journalist Matt Kennard had access to declassified Foreign Office documents which they studied. They published their findings on the Declassified UK website, based in South Africa since its military censorship in the UK [4].

Throughout his work, Mark Curtis has shown that UK policy was hardly changed by decolonisation. We have cited his work in dozens of articles on Voltaire Network.

It appears that the overthrow of President Morales was a commission from the Foreign Office and elements of the CIA that eluded the Trump administration. Its aim was to steal the country’s lithium, which the UK covets in the context of the energy transition.

The Obama administration had already attempted a coup d’état in 2009, which was repressed by President Morales and led to the expulsion of several US diplomats and officials. In contrast, the Trump administration apparently gave the neoconservatives a free hand in Latin America, but systematically prevented them from carrying out their plans.

Lithium is a component of batteries. It is found mainly in the brines of high-altitude salt deserts in the mountains of Chile, Argentina and especially Bolivia (“the lithium triangle”), and even in Tibet, the “salars”. But also in solid form in certain minerals extracted from mines, particularly in Australia. It is essential for the transition from petrol cars to electric vehicles. It has therefore become a more important issue than oil in the context of the Paris Agreements supposed to combat global warming.

In February 2019, President Evo Morales gave permission to a Chinese company, TBEA Group, to exploit his country’s main lithium reserves. The UK therefore devised a plan to steal it.

Evo Morales, an Aymara Indian, became president of Bolivia in 2006. He represented the producers of coca; a local plant essential to life at high altitude, but also a powerful drug banned worldwide by the US virtue leagues. His election and governance marked the return of the Indians to power who had been excluded since Spanish colonisation.

In 2019-20, London funded a study to “optimise the exploration and production of Bolivian lithium using British technology”.

In April 2019, the UK Embassy in Buenos Aires organised a seminar with representatives from Argentina, Chile and Bolivia mining companies and governments, to present the benefits of using the London Metal Exchange. The Morales administration was represented by one of its ministers.

Immediately after the coup, the Inter-American Development Bank (IADB) was found to be financing the British projects.

The Foreign Office had commissioned – long before the coup – an Oxford company, Satellite Applications Catapult, to map lithium reserves. It was not paid by the IADB until after the overthrow of President Morales.

A few months later, the UK embassy in La Paz organised a seminar for 300 stakeholders with the help of Watchman UK. This company specialises in how to involve people in projects that violate their interests, in order to prevent them from revolting.

Before and after the coup, the British embassy in Bolivia neglected the capital La Paz and focused on the Santa Cruz region, where the Ustasha Croats had legally taken power. There, it multiplied cultural and commercial events.

To neutralise the Bolivian banks, the British embassy in La Paz organised a seminar on computer security eight months before the coup. The diplomats introduced DarkTrace (a company set up by the British internal security services), explaining that only banks that used DarkTrace for their security would be able to work with the City.

According to Mark Curtis and Matthew Kennard, the US did not participate in the plot as such, but officials left the CIA to prepare it. DarkTrace, for example, recruited Marcus Fowler, a CIA cyber operations specialist, and especially Alan Wade, the agency’s former head of intelligence. Most of the operation’s personnel were British, including the heads of Watchman UK, Christopher Goodwin-Hudson (a former career military officer, then director of security at Goldman-Sachs) and Gabriel Carter (a member of the very private Special Forces Club in Knightsbridge who had distinguished himself in Afghanistan).

The historian and the journalist also state that the British embassy provided the Organisation of American States with the data it used to ’prove’ that the election had been rigged; a report that was later refuted by researchers at the Massachusetts Institute of Technology (MIT) [5] before being refuted by the Bolivians themselves during the following elections.

The UK conducts short wars and covert operations, if possible without the media picking up on its actions. It controls the perception of its presence through a multitude of news agencies and media outlets that it secretly subsidises. It creates unmanageable living conditions for those on whom it imposes them. It uses them to exploit the country to its advantage. Moreover, it can keep this situation going for as long as possible in the certainty that its victims will still appeal to it, it only being capable of calming the conflict it has created itself.