– “…His theoretical work additionally stated that comets were large electrical “vacuum cleaners” in outer space. The comets were drawing in vast amounts of material by way of powerful electrical forces and there was potential for very large comets capable of disrupting the planetary structure that was already in place”

Since Scientists Confront Velikovsky (30) and the 1974 AAAS Velikovsky trial, more cosmological data has been gathered than had been accumulated in the previous 300 years.

A catastrophic band wagon has been formed in astronomy, geology, evolutionary biology, and related fields, but with no credit given to Velikovsky. Has data and observation pointed towards an “Electrical Universe”, epochs of celestial catastrophes affecting Earth, etc.? Let the reader decide. Velikovsky’s main difficulty was that of a man far ahead of his time in a world of academic elitism. He disagreed with the “experts” who used their resources to label him a crackpot.”

James M. McCanney, M.S. received a sound classical physics training at St. Mary’s University, receiving a Bachelor of Arts degree with a double major in physics and mathematics in 1970. He was offered full scholarship awards to three major US physics graduate schools to pursue his graduate physics studies.

However, he chose instead to postpone graduate studies for a period of three years while he traveled and taught Physics and Mathematics in Spanish in Latin America.

During this time he spent a good deal of time traveling to ruins of ancient cities and archeological sites, studying firsthand many times as the ruins were dug from under dirt that had not been moved for thousands of years. Also during this time he developed the basis for his theoretical work that would, at a later date, deal with the celestial mechanics of N-bodies and plasma physics.

It was here also that he learned to appreciate the fact that the ruins and devastation he was witnessing had to have come from celestial events that were so devastating that they left the Earth and these stone cities in ruins, in some cases, leaving no trace of the inhabitants.

With this new understanding of archeology, astronomy of the ancients, physics and the world around him, Mr. McCanney returned to graduate school in 1973 and earned a master’s degree in nuclear and solid-state physics from Tulane University, New Orleans, LA. He was again offered a full fellowship to continue on with Ph.D. studies, but once again he declined and returned to Latin America to study archeology and teach physics, mathematics and computer science in Spanish. He continued his work to explore the mysteries of celestial mechanics and its relationship to the planets, moons and other celestial bodies.

In 1979 he joined the faculty of Cornell University, Ithaca N.Y. as an introductory instructor in physics. It was during this time that he had access to NASA data returning daily from the Voyager I and II spacecraft as they traveled by the planets Jupiter, Saturn and beyond (as well as data from many other space craft). 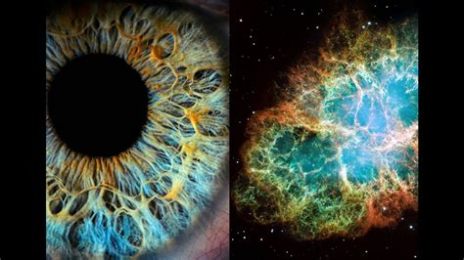 His papers were published at first in the standard astrophysical journals, but soon he began to receive resistance from the standard astronomical community and within a short period of time, the journals would no longer publish his theoretical work. Mr. McCanney was removed from his teaching position because of his beliefs regarding the electro-dynamic nature of the solar system.

Contrary to the traditional belief that the solar system formed all at one time 4.5 billion years ago and has not changed significantly since, Mr. McCanney’s theoretical work essentially stated that the solar system was dynamic and adopting new members on an ongoing basis. He pointed to the planet Venus, the Jovian moon Io, the Saturnian moon Titan and the small planet Pluto (which supports an atmosphere even though it is so distant from the warmth of the Sun and has insufficient gravity to hold an atmosphere for long) as being obvious new members of our solar system. He stated that all this was proof that the way this occurred was by “planetary capture”.

His theoretical work additionally stated that comets were not dirty snowballs, but were large electrical “vacuum cleaners” in outer space. The comets were drawing in vast amounts of material by way of powerful electrical forces and there was potential for very large comets capable of disrupting the planetary structure that was already in place. His innovative theories on plasma physics and a new model for fusion in the solar atmosphere provided the basis for the electric fields and plasma discharge phenomena that have become the core elements of his theoretical models of the true nature of the solar system in which we live.

Upon being fired from the physics department for his radical beliefs, Mr. McCanney was rehired shortly thereafter by the mathematics department also at Cornell University, where he taught for another year and a half and continued to publish his papers in astrophysical journals. Once again astronomers forced his removal and he was once again blackballed from publishing in the astrophysics journals in1981.

During this time Mr. McCanney established himself as the originator of the theoretical work regarding the electrical nature of the cosmos for which he coined the term “THE ELECTRIC UNIVERSE”, which today is being proven correct on an ongoing basis by space-probes returning data from outer space. Many of his predictions such as x-rays to the sunward side of comet nuclei, that comet nuclei would be found to have no ice or water frozen on their surfaces and that comets interact electrically with the Sun to affect Earth weather, have now been confirmed by direct measurements in 1986, 1996, 2001 and 2002 respectively. Many other more abstract concepts have also been verified.

There exists a rare combination of factors that makes Mr. McCanney a unique person who stands alone in the development of the scientific principles and historical perspectives summarized in this book. Some have tried to borrow and copy this work, but when observers consider the factors involved they too will agree that the extensive rewriting of standard scientific structures had to be accomplished by someone with a rare set of characteristics and circumstances.

He was always at the top of his classes in Mathematics and Physics and was always creating his own formulas and proofs. His education was soundly based in classical and modern physics. He was able to recognize that when the basic new aspects of the functioning of the solar system were understood and then verified in space probe data, he had the ability to extend this information and take it to all its logical conclusions. This all occurred while working in and around the top rated scientists of the day at Cornell University who were still at least 2 decades behind what Mr. McCanney was discovering and writing.

Another unique condition was that Cornell University offered a rare location since it was not only a Library of Congress (if it was in print it was there), but also it was a repository of data for NASA. Armed with his existing theoretical work and this incredible source of information, and with the timing that coincided with the daily arrival of new data from the Voyager and other space craft from the far reaches of the solar system, he was in a totally unique position to do what he has done.

An essential requirement of anyone who attempts to alter the fundamental propositions of a subject as complex as astronomy and astrophysics, is an in depth knowledge of the history of that and all related sciences. Mr. McCanney has studied the history of science extensively and understands where the theories came from that currently make up the structures of science. He studied archaeology and geology and was in the field in remote areas to witness ancient civilizations unearthed from a previous devastation,.

He has the rare ability to speak at many levels. He has taken a topic as complex as plasma physics and celestial mechanics (the study of rarified gasses and the motion of the celestial bodies) and simplified it in terms that the general public can understand. That is why his university classes always grew rapidly.

In 1981 the Interdisciplinary Journal KRONOS agreed to publish what has since become known in inner circles as the “3 Part comet paper”, which is republished in it’s entirety at the end of the first book of this series Planet X, Comets and Earth Changes, along with other historically significant publications of Mr. McCanney. His work today includes many new significant insights into the connection between the Sun, comets, earth weather, The Sun-Earth Connection and Earth Changes. The results of that knowledge will become obvious when you read these books.

Mr. McCanney has also remained active and well known within the space science – astronomy community and within professional societies, and although standard astronomers still resist accepting his theoretical work, he is generally well respected amongst his peers in these communities when attending professional conferences. He is what some have called “the last of the independent scientists” who were able to work “on the inside” and still remain active to talk about it on the “outside”.

In the mid-1990s Mr. McCanney’s work was recognized by a group of high-level Russian scientists who had measured but did not understand electro-dynamic effects around Earth and in the solar system. They translated all of his papers to date into Russian. These are being taught at the university level as the leading edge of research in this field. It is only due to the ongoing and intentional efforts of NASA that his work has received such little attention in the western scientific community and press.

It should be pointed out also that no new or bizarre fundamental laws of physics are needed to understand the electro-dynamic nature of the universe. This entire textbook is based on standard physics and simply introduces the principles of the working of our solar system based on a new understanding of how the Sun produces fusion and therefore electric fields (and magnetic fields) in the solar system. Once these fundamental principles are put in place, the rest is simply the logical conclusion of standard laws of physics being applied to the situation.