– “…In the cases of the attacks of September 11, 2001 and the current corona virus operation, the fear of death has been used by the power elites in order to control populations and institute long-planned agendas.  There is a red thread that connects the two events. Both events were clearly anticipated and planned”

Out Of The Memory Hole: The Dystopian Thread From 9/11 To The COVID Hysteria – By Edward Curtin

For anyone old enough to have been alive and aware of the attacks of September 11, 2001 and of so-called COVID-19 in 2020, memory may serve to remind one of an eerie parallel between the two operations.

However, if memory has been expunged by the work of one’s forgettery or deleted by the corporate media’s flushing it down the memory hole, or if knowledge is lacking, or maybe fear or cognitive dissonance is blocking awareness, I would like to point out some similarities that might perk one up to consider some parallels and connections between these two operations. 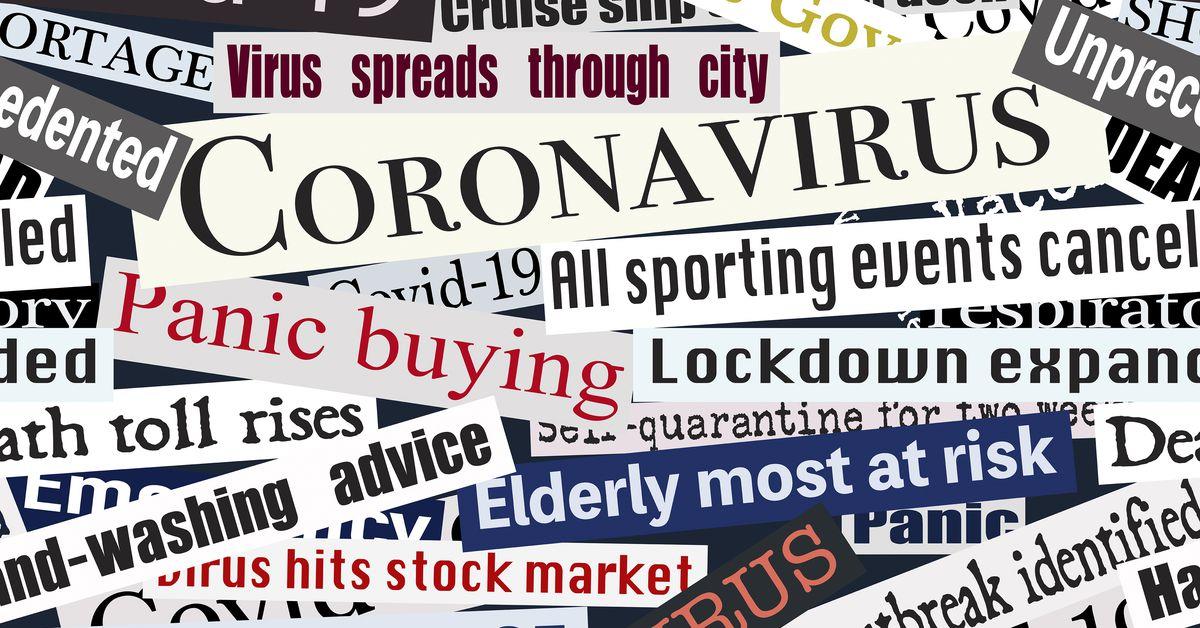 The fundamental tie that binds them is that both events aroused the human fear of death.

Underlying all fears is the fear of death.  A  fear that has both biological and cultural roots. On the biological level, we all react to death threats in a fight or flight manner. Culturally, there are multiple ways that fear can be allayed or exacerbated, purposely or not. Usually, culture serves to ease the fear of death, which can traumatize people, through its symbols and myths. Religion has for a long time served that purpose, but when religion loses its hold on people’s imaginations, especially in regard to the belief in immortality, as Orwell pointed out in the mid-1940s, a huge void is left.  Without that consolation, fear is usually tranquilized by trivial pursuits.

In the cases of the attacks of September 11, 2001 and the current corona virus operation, the fear of death has been used by the power elites in order to control populations and institute long-planned agendas.  There is a red thread that connects the two events.

Both events were clearly anticipated and planned.

In the case of September 11, 2001, as I have argued before, linguistic mind-control was carefully crafted in advance to conjure fear at the deepest levels with the use of such repeated terms as Pearl Harbor, Homeland, Ground Zero, the Unthinkable, and 9/11.  Each in its turns served to raise the fear level dramatically. Each drew on past meetings, documents, events, speeches, and deep associations of dread. This language was conjured from the chief sorcerer’s playbook, not from that of an apprentice out of control.

And as David Ray Griffin, the seminal 9/11 researcher (and others), has pointed out in a dozen meticulously argued and documented books, the events of that day had to be carefully planned in advance, and the post hoc official explanations can only be described as scientific miracles, not scientific explanations. These miracles include: massive steel-framed high-rise buildings for the first time in history coming down without explosives or incendiaries in free fall speed; one of them being WTC-7 that was not even hit by a plane; an alleged hijacker pilot, Hani Hanjour, who could barely fly a Piper Cub, flying a massive Boeing 757 in a most difficult maneuver into the Pentagon; airport security at four airports failing at the same moment on the same day; all sixteen U.S. intelligence agencies failing; air traffic control failing, etc.  The list goes on and on.  And all this controlled by Osama bin Laden. It’s a fairy tale.

Then we had the crucially important anthrax attacks that are linked to 9/11. Graeme MacQueen, in The 2001 Anthrax Deception, brilliantly shows that these too were a domestic conspiracy.

These planned events led to the invasion of Afghanistan, the Patriot Act, the U.S. withdrawal from the ABM Treaty, the invasion of Iraq , the ongoing war on terror, etc.

Let us not forget years of those fraudulent color-coded warnings of the terrorist levels and the government admonition to use duct tape around your windows to protect against a massive chemical and biological attack.

Let me start in reverse while color-coded designs are fresh in our minds. As the COVID-19 lockdowns were under way, a funny thing happened as people were wishing that life could return to normal and they could be let out of their cages. Similar color-coded designs popped up everywhere at the same time.  They showed the step-by-step schedule of possible loosening of government controls if things went according to plan. Red to yellow to green. Eye catching. Red orange yellow blue green.  As with the terrorist warnings following September 11, 2001.  In Massachusetts, a so-called blue state where I live, it’s color chart ends in blue, not green, with Phase 4 blue termed “the new normal: Development of vaccines and/or treatments enable the resumption of ‘the new normal.’” Interesting wording.  A resumption that takes us back to the future.

As with the duct tape admonitions after 9/11, now everyone is advised to wear a mask. It’s interesting to note that the 3 M Company, a major seller of duct tape, is also one of the world’s major sellers of face masks.  The company was expected to be producing 50 million N95 respirator masks per month by June 2020 and 2 billion globally within the coming year.  Then there is 3 M’s masking tape…but this is a sticky topic.

After the attacks of September 11, 2001, we were told repeatedly that the world was changed forever. Now we are told that after COVID 19, life will never be the same.  This is the “new normal,” while the post-9/11-pre-Covid-19 world must have been the old new normal. So everything is different but normal also.  So as the Massachusetts government website puts it, in the days to come we may be enabled to enact “the resumption of ‘the new normal.’”  This new old normal will no doubt be a form of techno-fascist transhumanism enacted for our own good.

As with 9/11, there is ample evidence that the corona virus outbreak was expected and planned; that people have been the victims of a propaganda campaign to use an invisible virus to scare us into submission and shut down the world’s economy for the global elites.  It is a clear case, as Peter Koenig tells Michel Chossudovsky in this must-see interview, that is not a conspiracy theory but a blatant factual plan spelled out in the 2010 Rockefeller Report, the October 18, 2019 Event 201, and Agenda 21, among other places.

Like amorphous terrorists and a war against “terrorism,” which is a tactic and therefore not something you can fight, a virus is invisible except when the media presents it as a pale, orange-spiked bunch of floating weird balls that are everywhere and nowhere.  Watch your back, watch your face, mask up, wash your hands, keep your distance – you never know when those orange spiked balls may get you.

As with 9/11, whenever anyone questions the official narrative of Covid-19, the official statistics, the validity of the tests, the effectiveness of masks, the powers behind the heralded vaccine to come, and the horrible consequences of the lockdowns that are destroying economies, killing people, forcing people to despair and to commit suicide, creating traumatized children, bankrupting small and middle-sized businesses for the sake of enriching the richest, etc., the corporate media mock the dissidents as conspiracy nuts, aiding the viral enemy.

This is so even when the dissenters are highly respected doctors, scientists, intellectuals, et al., who are regularly disappeared from the internet. With September 11, there were initially far fewer dissenters than now, and so the censorship of opposing viewpoints didn’t need the blatant censorship that is now growing daily.

This censorship happens all across the internet now, quickly and stealthily, the same internet that is being forced on everyone as the new normal as presented in the Great Global Reset, the digital lie, where, as Anthony Fauci put it, no one should  ever shake hands again.

A world of abstract images and beings in which, as Arthur Jensen tells Howard Beal in the film, Network, “All necessities [will be] provided, all anxieties tranquilized, all boredom amused.”  A digital dystopia that is fast approaching as perhaps the end of that red thread that runs from 9/11 to today.

With the nation’s illusion of safety and security in ruins, Americans begin the slow and fitful process of healing from a trauma that feels deeply, cruelly personal…leaving citizens throughout the country with the frightening knowledge of their vulnerability.

From Terrorists to Viruses: Dystopian Progress

One thought on “THE 9/11 PSY-OPERA: The Dystopian Thread From 9/11 To The COVID Hysteria – By Edward Curtin”