– “…Floyd is presented as being ok with the arrest stuff; but really, really, didn’t want to get in Derek’s car…Could the way Chauvin, and the responders writ large, interacted with George Floyd have been an outcropping of concern that Floyd was putting the ENR operation at risk?….Who would go through a cost-prohibitive process to counterfeit $1 dollar bills?
A U.S. national security agency conducting an operation with little interest in the profit dynamic; that’s who” 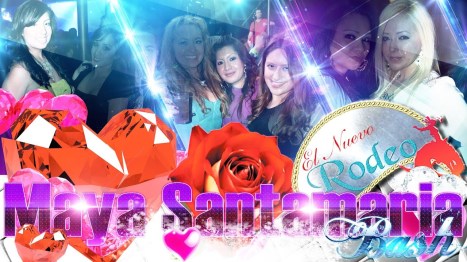 Our old friend Ben ‘objectib ebidense’ Crump, the defense lawyer for the Floyd family, appears on Face the Nation with Margaret Brennan to discuss the deaf of George Floyd. It’s been a while…. Ben does what Ben does, and factually he’s a goofy cat doing the best he can on behalf of his client.

“Officer” (in quotes deliberately) Derek Chauvin did kill George Floyd; that’s not the issue. The issue driving the media narrative surrounds why “Officer” Derek killed George. Toward the end of the interview Brennan asked Crump about Derek and George knowing each-other. Ben’s response, specifically how he phrases the admission, is what’s worth watching

By now Ben is discovering that everything around El Nuevo Rodeo, the Mexican Cantina and Dance Club where George and Derek worked, is sketchy. Likely Ben and Daryl Parks (Parks & Crump Esq.) have realized it’s better to focus their financial strategy toward reparations from the city of Minneapolis because this incident hits on something even Crump doesn’t want to touch.

El Nuevo Rodeo (hereafter ENR) is a front business. Nothing is as it seems.

The background ownership of ENR takes you to a shady network of LLC’s and the name Omar Investments Inc. (est. 1996). Dig a little deeper and something else becomes evident… The ownership might connect to one or more U.S. three letter agencies.

The ownership network has previous interactions with FBI operations in/around Minneapolis. This is not surprising because Minneapolis Minnesota has more national security operations ongoing than any other community in the country. Various Somali groups are being watched, and anyone can do a google search to see when those security operations surface in the media.
Omar Investments Inc. owns El Nuevo Rodeo Cantina and night club since 1996. The principle of Omar Investments Inc. is Muna Sabri. In 2001 a close relative, Basim Sabri, was captured by the FBI in a sting operation.

FBI intercept in 2001, there’s the capture. That’s the asset creation point for U.S. security to find a way to embed within Minneapolis, and assist the Sabri’s along the way. 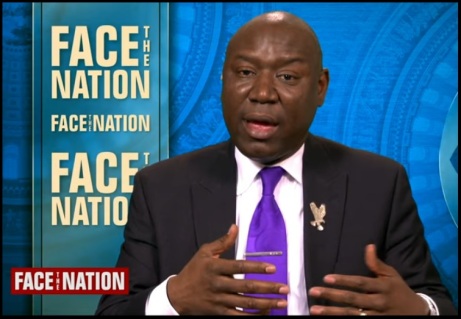 The presented “former club owner”, Maya Santamaria, seen on television, appears to be a purposeful ‘front’ (a face useful in deflecting attention from the primary owner and operations). With that in mind, the scale of false information in/around the visible event, horrible as it was/is, creates layers and layers of purposeful misinformation and a need to control what the public sees in the media.

As I said before, I prefer to sit this one out; however, it is interesting. If you consider that El Nuevo Rodeo might likely be a front for a three letter national security agency; or at the very least a valuable inside source for domestic intelligence and surveillance, things start reconciling rather quickly.

ENR also looks like a money laundering operation. Part of that laundry operation appears to involve counterfeit currency. This enterprise, writ large, looks like the answer to ‘how’ a U.S. agency infiltrated the background criminal network in Minnesota to watch and monitor for domestic threats. So there are layers to what is visible and a myriad of interests involved.

Officer Derek Chauvin is a 19-year veteran of the Mineapolis police dept. Derek Chauvin also worked at ENR for 17 years. That timeline puts Derek Chauvin showing up to work security at El Neuvo Rodeo cantina and club right after the FBI busts Basim Sabri (everyone remembers what intel agencies were doing right after 9-11-01).

Recently – When the Wuhan Virus hits the night club needs to shut down. By extension this shuts down any illicit activity maintained by the legit operation. Any activity within a laundering operation would have to be paused. It would look silly, very suspicious, if the ENR club bookkeeper was making bank deposits while the business is closed.

However, this also means George Floyd was out of work. According to the indictment:

The police were called because George Floyd was passing counterfeit $20 bills.

Could the way Chauvin, and the responders writ large, interacted with George Floyd have been an outcropping of concern that Floyd was putting the ENR operation at risk?

Read the indictment. Everything was cool until the responding officers attempted to put Floyd in Derek Chauvin’s squad car. Floyd is presented as being ok with the arrest stuff; but really, really, didn’t want to get in Derek’s car.

17-years as a “security officer” for El Nuevo Rodeo. Was Chauvin the enforcer?

Does that explain why everyone seems casual, even the responding EMT’s?

Could the national security angle explain why no prior charges against Chauvin in a 2006 shooting were ever sought?

One thing is clear, as attested by Benjamin Crump, Derek Chauvin and George Floyd knew each-other; this was not some random street incident. Arguably, every single person in/around law enforcement and EMT response that day knew each-other.

I asked this question back in January about counterfeit currency in Minnesota:

🤔Very, very, weird. Why would anyone go through the trouble of counterfeiting $1 bills?

Who would go through a cost-prohibitive process to counterfeit $1 dollar bills?

A U.S. national security agency conducting an operation with little interest in the profit dynamic; that’s who.